Fundraising events commenced with our concert in April. This year Motown celebrated 60

years in the business of entertainment. We marked this milestone with an evening of artists performing songs from the Motown catalogue. This theme truly captured the imagination of our artists and they took the concept and ran with it. Of course, the audience was moved as they recall those sweet tunes that use to “make them rock away” as Beres would say. We were privileged to have Noel Mckoy, who performed at the Ball back in November 2018 join us and soul singer Deleelah. Marvin Gaye, Stevie Wonder, and Diana Ross & the Supremes were favourites among those performing. Siobhan & Olrick Coker were able to deliver some of the famous numbers performed by Motown duets, Marvin Gaye and Tammi Terrell, “Ain’t no mountain high enough”, and Diana Ross and Lionel Richie, “Endless Love”

Working together with the HFJ we were able to produce a greeting message that was shown to our audience and it was greatly received. A lovely evening was had by all. We have already commenced planning our 2020 concert. 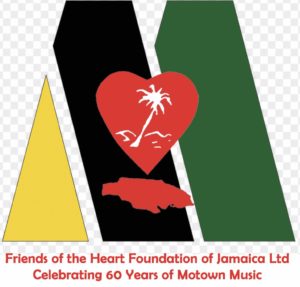